Biography
Totally deafened from the age of five through Meningitis, Suzie started her career explaining how to communicate with deaf people when she was nine, publishing an article in her Uncle’s local YMCA newsletter.

Since then, learning to speak and using English as her main form of communication, she has been living in a hearing world, growing up and experiencing all sorts of discrimination because of her deafness.

When she was told she could not get promotion within the pharmaceutical industry because of her deafness (in the bad days before the DDA 1995), Suzie decided to see if a Cochlear implant (CI) would help her “hear”.

After a successful CI operation, and returning to work, Suzie discovered that the reactions of her colleagues and the world to her CI was that that she was now “normal”. This shock discovery and the ignorance about what a cochlea implant actually is and does made her realise that there is a lot of work to do out in the world to raise awareness of deafness, and its barriers.

Suzie then went to gain professional qualifications in teaching, specialising in Disability Equality and D/deaf and deafblind awareness. This lead her into a role where she was responsible for developing qualifications and training teachers herself.

Suzie set up and chaired County Durham Equal Access Forum about 12 years ago with some friends who are also deaf, some of them BSL users and others who are deafened and use speech and lipreading. Suzie has been a trustee of NADP (National Association of Deafened People), involved in the Access to Communication in English Campaign and has given speeches and presentations to various organisations, latterly a presentation on communication for St Helens Disability Partnership at the Town Hall. Suzie has also been involved in a very successful pilot project in the North East, delivering accredited training for Northumberland care alliance members. This resulted in a dramatic change in attitudes, confidence and skills used by care workers in the locality.

Now living in Preston, with her hearing dog Lettie, and husband David (who is also deaf), Suzie has set up her own training and consultancy business. Both Suzie and David will bring some lifetime experiences and real case studies to the training sessions, we look forward to speaking to you soon. 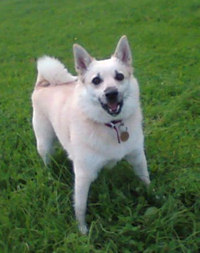